The IT disrupter, Cloud, ispresenting enterprises with an ever increasing number of opportunities to compete more effectively in their chosen markets and industry sectors.
The DevOps and Continuous Delivery paradigms are gaining mainstream adoption as preferred software delivery and operating models for organizations seeking to embrace Cloud; significantly reduce waste, and on average are realizing 5-7 times more productivity.
With thisperspective in mind, Rubicon Red, presents Oracle middleware customers with a set of mature, proven and globally adopted cloud software and services solutions, centered around the disciplines of Service Oriented Architecture, Business Process Management and Cloud Computing.

Rubicon Red was incorporated in 2009, with the primary objective being, to lead Oracle middleware customers to success with their Oracle middleware journey.“This is the origin of the name; helping customers cross the “Rubicon” in their successful adoption of the Oracle Middleware “Red” stack”, says James Hemmings, Director, Rubicon Red.

The Rubicon Red team has been directly involved with Oracle middleware technologies, since the first major release in 2007. Since this time Rubicon Red assumed the position as a global leader, delivering innovative and quality solutions to numerous Oracle middleware customers globally. Rubicon Red has ‘crossed the chasm’, successfully productizing its deep technical expertise into the market leading software and cloud solutions – MyST and FusionCloud.

A key innovation of MyST centers around a zero coding approach that provides end to end automation of the middleware platform provisioning, code build and deployment and ongoing configuration governance.

A second innovation, and in line with meeting the expanding demands for hybrid cloud solutions, MySTdelivers infrastructure independence; enabling customers to deploy consistent middleware platforms and solutions across all infrastructure types: on-premise and on-cloud.

In addition, and as organisations further embrace cloud and ‘as a service’ based business models, Rubicon Red has launched FusionCloud. FusionCloud is a complete end to end subscription based cloud servicefor building, deploying, and managing Oracle Middleware solutions in the cloud. FusionCloud simplifies how organisations can deploy and manage their Oracle Middleware platform onto any cloud or any infrastructure. FusionCloud runs on the leading Infrastructure as a Service Cloud Providers, including Amazon Web Service and the Oracle Java Cloud, with support for Microsoft Azure coming soon.

Since its inception, the organization has been recognized by Oracle as the Oracle Middleware Top Technical Champion for Asia Pacific and for the past three years Rubicon Red has been recognized globally by Oracle, with innovation awards for its software and consulting services.

The organization’s customers span across industries such as financial services, government, health sciences, and mining. Some of its elite clients include Rabobank, National Australia Bank, Department of Social Services Australia, BHP Billiton, Asciano, Eaton Corporation and Strykerto name a few. Continued innovation and focus on quality of services are the two compelling reasons behind the success of Queensland, Australia based firm Rubicon Red. 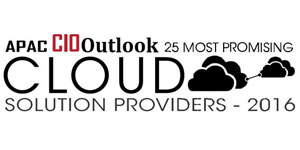